In Memory: Ben Benjamin of Introflirt 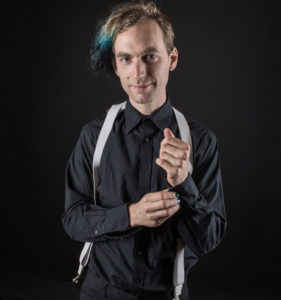 Ben Benjamin (Runnels) came into my life exactly as how you would expect a meteor or a bolt of lightning to appear. Fast, intense and with effects that will reverberate for a very long time afterwards. Considering I have only known him less than a year, he became a close friend, a collaborator, and a confidante in a very short amount of time, and long distance. His first email to me at Strawberry Tongue was in January of 2016. I was in the throes of utter chaos. My longtime radio stream provider had given everyone on their service 30 days to close up shop or find a new host. So, I was in the process of moving everything while wondering why I never retained backups of anything, trying to maintain some composure and, most obviously, questioning my sanity.

We’re really digging your station this morning in Oakland, as we work on our website – you’ve created a great mix!

We’d like to introduce you to Introflirt. We know our music would play well with the other artists you feature. Fusing post-punk, Italo disco, and 80s new wave with dreamy, jazzy vocals, Introflirt combines the most enticing aspects of electronic music to create a world all our own.

But who cares about words – have a listen for yourself! You can preview our album at https://introflirt.bandcamp.com/album/introflirt, and if you’d like to give us a spin, you can find downloadable tracks, bio information, and all our links here….

Thank you for your time! We’d love to hear from you. AND we’re a little envious of your weather in Minn. – too much sun here in California!”

That last line about too much sun, he meant it. Sure, most of it was probably a canned email, but, charming nonetheless. 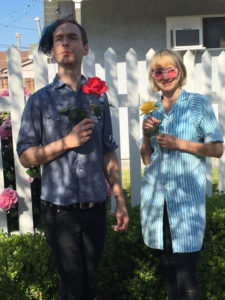 Taking a break from the cacophony of my life, I listened to their tracks and was immediately blown away. Tender and seething, sexy and sweet, their infectious blend of synthpop, crooner aesthetics, and darkpop immediately captivated me. Writing back to him right away, I enthusiastically thanked him for his note and told him I would be thrilled to add them to the station. He told me how their music, which he dubbed “Croon Wave,” was inspired by his learning to sing American pop standards from the 40’s and 50’s. This began an intense volley of lengthy emails where we shared our love of neon signs, 40’s and 50’s jazz and pop standards, film noir, introversion as a way of life, coffee, Buckminister Fuller’s geodesic structures, gardening, vintage clothing, growing up in northern climates that have four seasons – unlike California, and radio. By our fourth exchange I called him a “brother from another mother.” We connected on a lot of levels. He was warm, kind, witty and had an inner connectedness to himself and the world that few possess. He had a vision of where he wanted to be in five years, even if he knew that path would be winding.

In less than one week from his initial email, we’d exchanged dozens. He offered to create some radio imagining for Strawberry Tongue, and more importantly, produce a radio show for my other streaming station, Bombshells Radio. Bombshells Radio has existed since 1998 and has always played classic jazz, pop standards, and showtunes from the 30’s, 40’s, and 50’s. It’s kitschy, delirious and delightful. 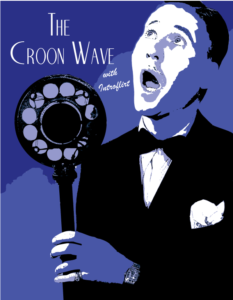 Ben’s show, The Croon Wave, debuted on Bombshells Radio on March 3, 2016. His style was pure perfection and class. He made my somewhat kitschy station remarkably sexy and professional. Again, I was blown away, not only by his passion for music, his recording production, his detail for perfection, but, also by his genuineness. He inspired me to work even harder, and to strive for more. Honestly, I couldn’t have asked for a better partner for my station. He was a total pro and he inspired me to be greater.

About a month into his show, I had to drop a major bombshell (no pun intended) to, well, pretty much everyone. I have cancer. I’ve had it for over nine years now, but, I had never really spoke about it publicly. Close friends and my family knew, but, I just didn’t want it to be the thing that defined me, so I never told anyone publicly. Except now, I was needing to go to Switzerland for treatment because I had exhausted all treatments here in the U.S. Ben sent me a note the night I “came out” on Facebook. His first questions were, “How are you? Are you okay?” He truly cared. Ben didn’t have the capacity to not care. He was intrinsically a compassionate, loving soul. With all my upcoming travel, he totally took over control of programming my station for me when I would be absent. I couldn’t have asked for someone, that I had never even met in person, to be so thoughtful. We’d established a trust that few can find. Even though I was “technically press” he gave me the advance copy of their album Temporary Heaven to listen to while I was having treatment in Europe. I relished it while isolated in my hospital room. 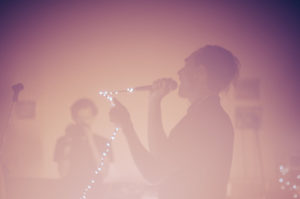 During the end of summer, his laptop started acting funky, so he decided to take a break from The Croon Wave production. He had completed 18 great episodes and he would re-start them when he got enough funds to buy a new laptop. I was in the middle of my treatments and was so grateful for everything that he had already done for me. His new album was coming out and there was going to be a lot of promotion coming up anyhow, so, it made sense to take a break.

When the album came out, I was ready to support them. I purchased a cassette, t-shirt and pins through their Bandcamp site with the note, “god damn, I love merch!” Delightfully, he quoted my sage words of wisdom on Twitter and Facebook. But, what I found extra special was the time he took to hand-write me a note to include in the package, written on what I suspect was a thrift store find.

Although our emails tapered off during my treatment and Introflirt’s promotions, we never lost touch. We still sent each other the lengthy emails talking about our health, yoga, coffee, self-awareness, meditation, love, dating, our broken hearts, our kindred introversion, kombucha scobies, piano bars, the never-ending radio turmoil managing two stations, starting his publishing company, him possibly moving to L.A., and my strange side effects from systemic radiation that caused my hands and feet to feel like they were on fire. Our very last chat lasted over the entire afternoon of November 30th. As I told him about my fears of the past election,  and what my future goals might look like post-treatment, including possibilities of moving to warmer climates, our last conversations ended like this:

Ben: “I wish you cold feet and warm coffee.”

Never, ever, miss an opportunity to tell someone you love them. You never know when it might be your last.

Ben perished in the fire that overtook the Ghost Ship warehouse fire on December 2, 2016. His bandmate Nicole “Denalda” Ranae was also in attendance. At this writing, she has not been identified.  Their music, a permanent fixture on Strawberry Tongue, is a constant reminder that life is a precarious thing and that you should never waste a single moment. 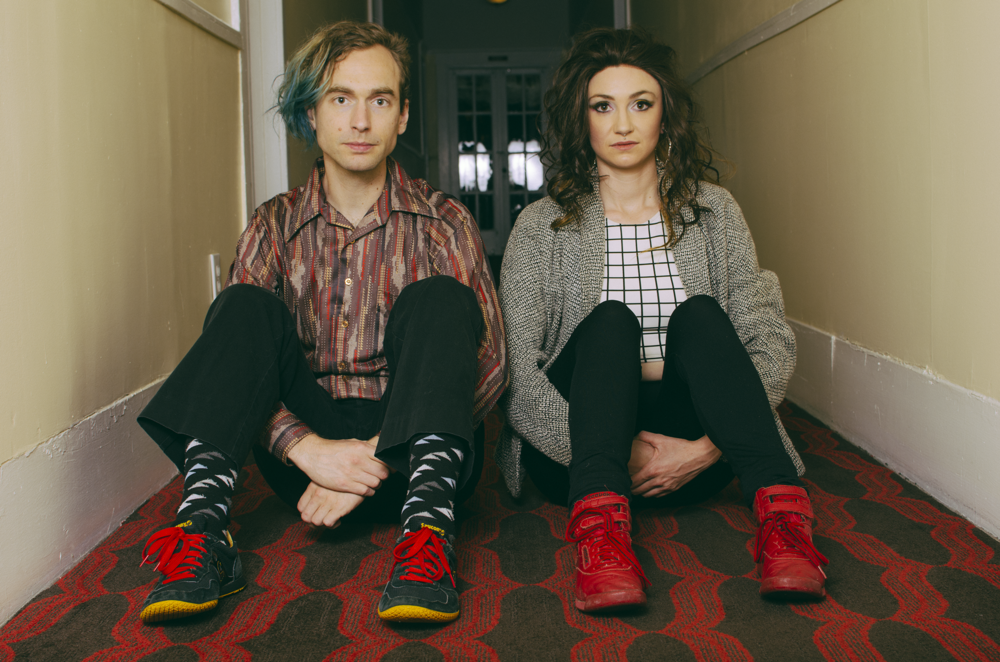 Ben would always conclude The Croon Wave with the song “Misty” sung by Erroll Gardner. It only seems appropriate that I end this piece with Ben singing the same. Ben, you will never be forgotten. Until we meet again – this time, face to face.

This entry was posted in new on str and tagged in ben benjamin, ben runnels, charlie prowler, introflirt.

« Strawberry Spotlight with Vibrissae
Code Red: An International Compilation to Benefit the ACLU »