The Black Heart Procession: Stitched to my Heart

The Black Heart Procession is a project that formed in San Diego in 1997. The two consistent members are Pall Jenkins and Tobias Nathaniel with contributions from numerous artists such as  Matt Resovich, Mario Rubalcaba, Jason Crane, Joe Plummer, Dmitri Dziensuwski, Jimmy LaValle and Matthew Parker. Releasing their first album, “1,” in 1998 the band has made consistently timeless, bleak classics that talk about love, heart ache, isolation and depression.  Their sound is incredibly unique, built upon layers of instrumentation that include guitar, drum, bass, piano, tuba, trumpet, synth, toy piano, multiple effects, and most notably, musical saw. The overall sound is chilling, haunting and heart-breaking.

The group released their last EP, Blood Bunny / Black Rabbit, in 2010 and announced an open-ended hiatus in 2012. As the twentieth anniversary of their first album is fast approaching, the group has announced plans to embark on a European tour. Re-imagining the album from start to finish, the group wanted fans to know their intent  of this tour on Toutpartout‘s site:

In a small town, with but a small chance, two lowly miscreants toiled feverishly into the small hours of the night creating ballads of loss and self-deprecation, in hopes of illuming the world with their particularly despondent brand of mischievousness.

Nearly twenty years later, these very same scoundrels have arrived upon your doorstep to drown your sorrows, ease your pains and release your hearts.

The Black Heart Procession, purveyors of all things disconsolate, would like to formally invite you to attend a singular event, a forlorn gala, a mournful celebration of the dour. It’s your town, your desolation, your reclamation.

Join us in the revelry of sorrow, as we honor the 20th anniversary of our first album. Laugh, cry and absolve your sins with us. Together, we’ll brighten the world, confront the shadows beneath our beds and…

…well…you could just come to the show in your town where we’ll be performing our first record from start to finish, with some extra stuff for the encore. Hope to see you all there, tears of laughter and sorrow alike.

The video above entitled “Stitched to my Heart” comes from their 1998 release, “1.”

As of this writing, the band has not acknowledged if there will be an upcoming US tour as well.  Book your plane tickets to Europe now, just in case. 🙂 Find Black Heart Procession on Facebook for updates. 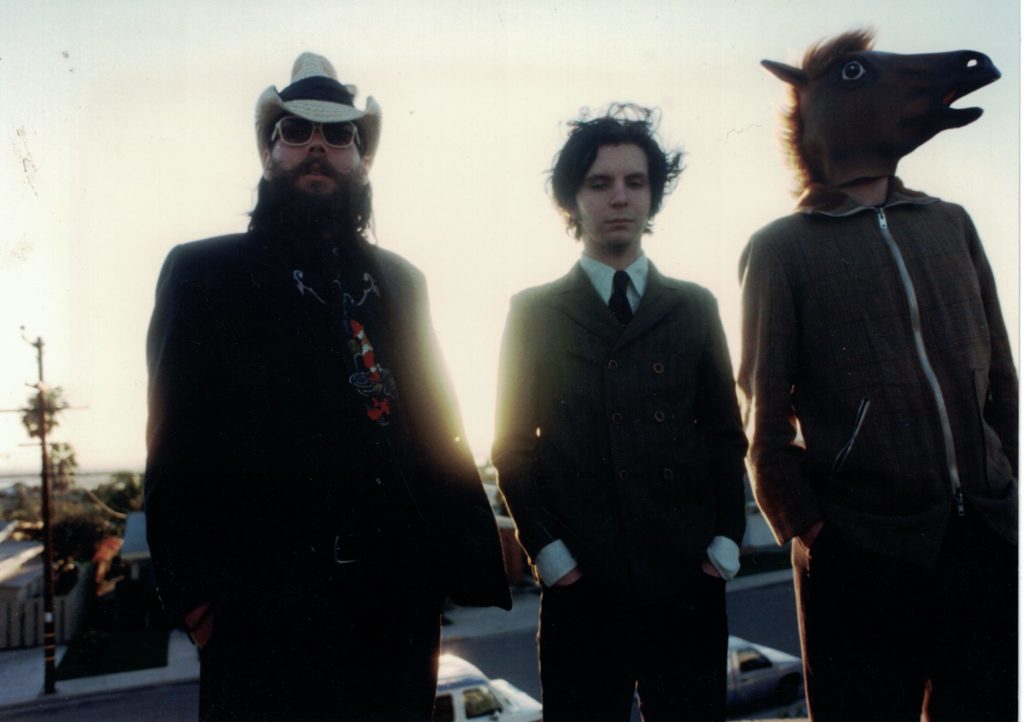 This entry was posted in video and tagged in black heart procession.