Why Bowie is more important than The Beatles…

Why Bowie is more important than The Beatles……for many people in my generation.

I’m a child of the 70’s. Born in 1970, it was a pivotal year in terms of both music, but also, social changes. The day after I was born, The Beatles announced they were breaking up. I’m not sure if that is why they never held much credence for me, but, they were not really “active” in my lifetime and therefore, less noticeable in my world. My parents, despite being the perfect age to be hippies, fed me a diet of classic country like Johnny Cash and Patsy Cline. Mom, although a Beatles fan, wasn’t the stereotypical screaming fangirl of the era. She liked The Dave Clark Five, Dad was more of a Buddy Holly and Gene Pitney kind of guy. My older sister and and an older cousin were my major music influencers. Being ‘tweens in early 70’s, they loved the Cassidy Brothers – first David, then Shaun, The Monkees, Leif Garrett, Leo Sayer and as the 70’s progressed, Donna Summer, Chic and the Bee Gees. As disco died a cold, hard death in the late 70’s, their musical interests then switched to heavy metal bands like KISS, April Wine and Van Halen. They were teens and exploring musical interests. I am forever indebted to them for exposing me to such a wide (read: sometimes terrifying) musical diet in my early years.

Socially, the early 70’s was a hotbed of activity. Vietnam was in full-swing and enormously unpopular, resulting in protesters getting shot and killed at Kent State University. Hippie culture had been homogenized into the mainstream. Indeed, the hippie movement was fragmenting from a place of self-exploration and expression to an outward consciousness. Many were turning their vision of love and peace towards Utopian ideals of an ecological global environment and the first Earth Day was celebrated.  In the U.S., we were fully in the throes of second wave feminism with the Equal Rights Amendment being passed in 1972. A President who was elected in a landslide in 1972 would go on to commit crimes that would find him impeached and removed from office. The times that were ‘a-changing’ in the 60’s were still transitioning. 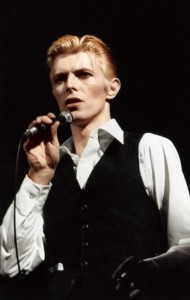 “Young Americans” was the first Bowie song I recall hearing and loving as a kid. Growing up in a small town in the middle of the U.S., it was like nothing else on the radio at the time. AM radio was still the predominate format, giving way to FM by the end of the decade. Bowie was smooth and seductive as a a Blue-Eyed Soul crooner. His smooth vocals, the soaring saxophones, the funky drums and the distinctive backup singers created a “plastic soul” sound that was exhilarating to a five-year kid. I have very few memories as a kid, but, the first time I heard the song my family was driving to the beach. To my naive ear, it sounded what I imagined freedom was like. It would be the first time music transcended me to that place. I could live in that moment forever. 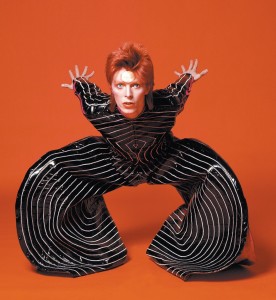 Today, the world arose with the news that David Bowie had passed away from cancer. Kept secretly over the course of 18 months, it was only shared within his closest circle. You would have lived in a cave to have not encountered the work of Bowie at some juncture of his 50 year career. Beginning in the mid-60’s as a mod rocker, then morphing to a hippie folkster, a spaceman glampop star, the “Thin White Duke,” a new wave popstar, experimental stylist and multiple other personas, he was as mercurial as an artist could be. There was never a consistent genre to his music and yet, reflecting on his back catalog, every song is unmistakably Bowie. What might seem at first glance as an attempt at being contrived, was simply an exploration of his purest facets. Ironically, as he painted the brushstrokes, changing his image and sound with each new release, he brought an authenticity to his music and persona by not being afraid to explore the many roads and influences that had brought him to that exact moment in time. Lucky for us, we were invited to come along for the ride. He exemplified the ultimate expression of being in the moment and living his truth. In this vein, he inspired countless others to do the same, to understand they aren’t just one
genre, one style, one facet. 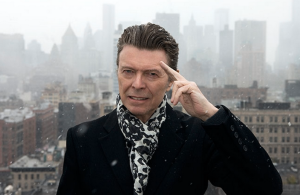 Bowie’s message spoke to a new generation, not one defined by years, but defined by the sense of possibility. In the face of defeat, we were truly able to be anything we believed. No matter what age, what race, what creed. You had permission to be whatever you were. He never acquiesced to public opinion and truly blazed his own paths, whether or not his fans or the general public were along for the ride. He faced harsh criticism and wild accolades, but, he never wavered from his true self – sometimes taking turns making his fans hang for dear life. David Bowie represented a wild freedom, possibility and the future; a feat that few artists are able to sustain. Following Bowie for 30 years after the first time I heard him always felt like an adventure. You never knew what genre he was going to introduce on his new releases. With each subsequent release, that same feeling I had as a five-year old child would come rushing back. That feeling that the world was giant place and all of it was there for me to experience. Bowie did it right to the very end. 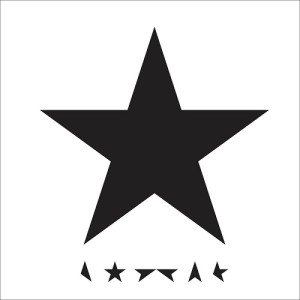 Two days before his death, he celebrated his 69th birthday and released his 27th studio album, “Blackstar

.” Hearing teasers of the album for a month prior, they struck me as songs of a man who was facing his age and mortality. Not that those topics would have ever taboo for Bowie who tackled difficult subjects throughout his career. His longtime producer and collaborator, Tony Visconti, has stated that this last album was carefully curated and a parting gift to his fans. Having played the new release extensively this past weekend, and reflecting on it throughout the day, it struck me as not only a gift, but a final love letter and gentle reminder to continue to live our truth, right up to the end.

The songs “Lazarus” and “Blackstar” have both been added to Strawberry Tongue’s playlist. There are no words that feel adequate to say goodbye to such a beloved artist. Let’s just say, we’ll see you on the other side, starman.

This entry was posted in new on str and tagged in david bowie.