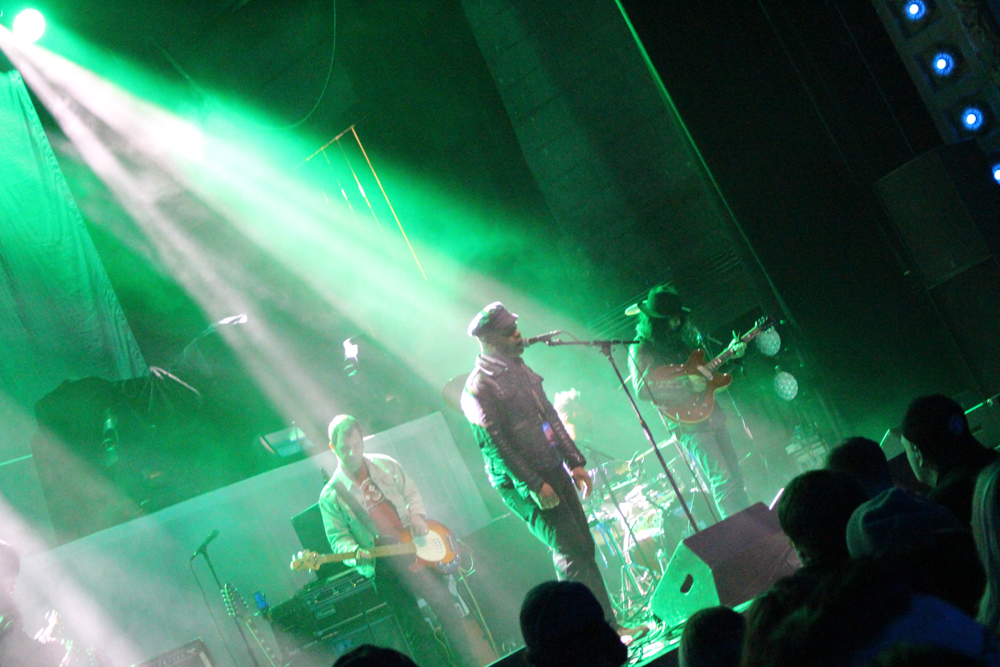 There’s something haunting in The Veldt.

Their show on Sunday March 11 in St. Paul’s felt both like entering into familiar terrain and brave frontiers. Fitting to hear them in the newly reopened, refurbed, and fabulous Palace Theater, a hip new monument to a bygone St. Paul and a welcome new music venue.

Maybe The Veldt sounds so brooding and perfect for this jilting, stilted moment in U.S. history, because their droning guitars and “shoegazer” mantras are so reminiscent of the angst-ridden Eighties, a time of crumbling fascisms collapsing and bashing against each other. Like now? Ominous soundtracks for ominous times.

Whatever the reason for it sounding so right, that cool retro music from Ronald Reagan’s era burns hot, fresh, and powerful in The Veldt. They have the classic My Bloody Valentine sound and pose, yes (they helped pioneer “shoegazer” music after all), but two African American virtuosos in the twin Chavis brothers, Danny on doubleneck guitar and singer/guitarist Daniel, were here to remind us Sunday that the North Carolina duo have been pounding this genre for three decades. Since then, they’ve collaborated with a wide range of stars from Chuck D, Mos Def, to Lady Miss Kier of Deee-Lite, and toured with My Bloody Valentine and Cocteau Twins. They’ve also ventured into hip hop and embraced hard rock – and you can hear all that in Danny’s guitar. The Drake. The Hendryx. The Verve. 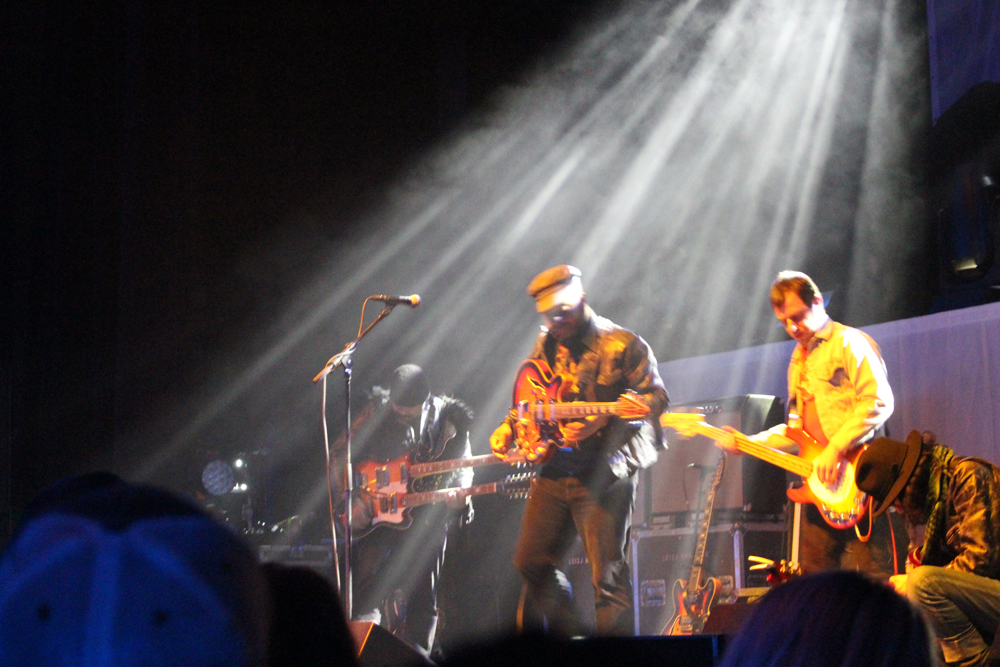 So this wasn’t just nostalgia. The Veldt’s tour is a revival. A tent revival.

In fact, you might think you’re in church standing in the presence of their magnificent number “Sanctify.” The studio release sounds dutifully of Jesus and Mary Chain. But live? There’s no question Daniel is preaching, singing with arms wide or hands folded. The high ethereal voice of shoegazers like Bilinda Butcher of My Bloody Valentine is a Motown voice in The Veldt, and Daniel Chavez isn’t simply falsetto over feedback. He commands, like Al Green or Marvin Gaye. But Marvin didn’t sing over blaring reverb while Daniel Chavis has to belt his falsetto over his brother’s skeleton-rattling barrages and bassist/programmer Hayato Nakao’s bruising rhythm lines. And he does it with passion. This isn’t just shoegazing. Get good with God – it’s soul, too.

The Veldt’s way-too-short set ended with a manic tidal wave of feedback, as singer Daniel grabbed his guitar and Alex Cox ditched the jangling “Shangri Las” sound for feedback and distortion. Barreling. Mad. I half wondered if something had gone wrong the band sounded so furious. Were they pissed at the Palace for some reason? At the audience? I dunno, but I loved it. It sounded like three decades of hard-won rage blasting out like a firework finale, and I was blessed to hear it. 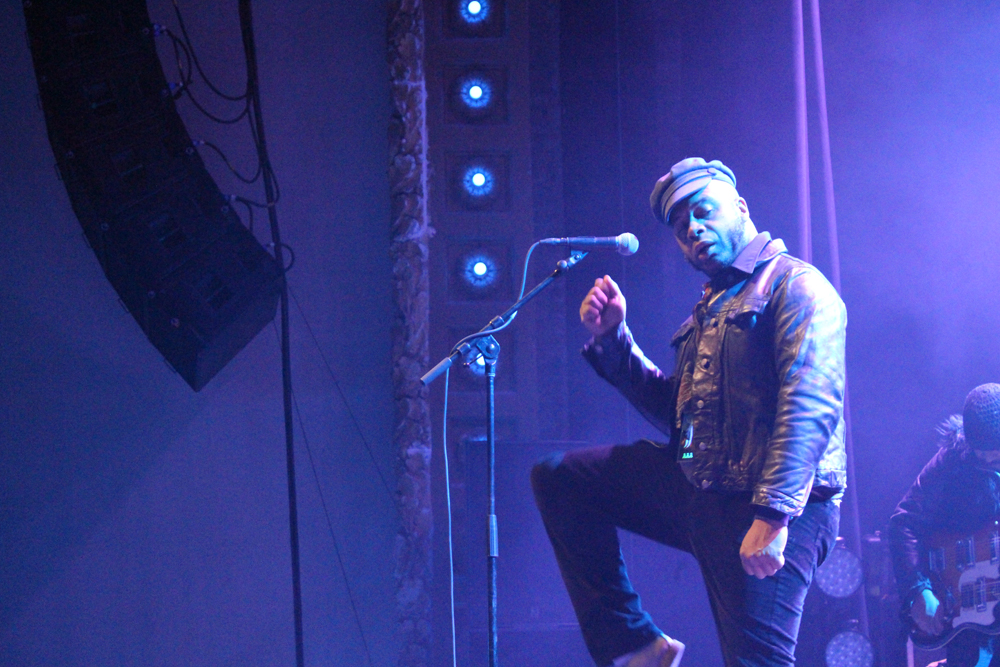 Catch up with The Veldt at their official website.

Barth Anderson is a Minneapolis freelance writer and novelist with Random House. Read more about him at his Wordpress site.

This entry was posted in last night in minneapolis and tagged in the veldt.

Barth Anderson is a Minneapolis freelance writer and novelist with Random House. Read more about him at his Wordpress site.