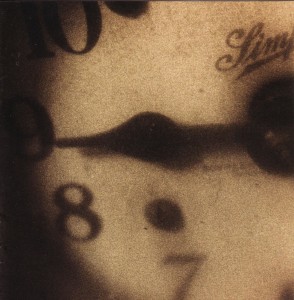 It’s been since 1996 that we last heard from Red House Painters with their album Songs for a Blue Guitar. Since then, the band has released a best of collection, Retrospective and recorded another album titled Old Ramon which is yet to be released due to legal issues surrounding the record label mergers a few years back. According to RHP mainman Mark Kozelek, he has now purchased his album back from Universal records and is considering offers from a few record labels. Kozelek has also assembled a John Denver tribute album and acted in a new Cameron Crowe movie called Almost Famous scheduled for release September 15, 2000.

June 2000 also saw the release of Kozelek’s first solo album Rock ‘N’ Roll Singer. It’s a short album clocking in at just over 28 minutes and includes three original songs and four covers, three of them being AC/DC songs and one being a John Denver song. A strange mix to say the least, but to listen to the album from start to finish, you’d never even notice. Kozelek is known for taking classic rock songs, using the lyrics but writing new music in his own slow, manic, and usually beautiful style. In the past he’s covered songs by KISS, Yes, The Cars, Simon & Garfunkel and Wings, always presenting the songs in a new light.

The album artwork of Rock ‘N’ Roll Singer carries on in the fine tradition started during Red House Painter’s 4AD years by photographer Simon Larbalestier, also responsible for The Pixies images. Vague sepia toned images leave an impression very similar to the music. Inside the back cover is an image of a lone chair, worn from years of use, surrounded by nothing but darkness. The back cover of the booklet depicts the wheels of a train on a rickety looking track, congers feelings of longing.

Find Me, Ruben Olivares
Rock ‘N’ Roll Singer*
You Ain’t Got A Hold On Me*
Metropol 47
Around And Around**
Bad Boy Boogie*
Ruth Marie
*   originally by AC/DC
** originally by John Denver

The Song “Rock ‘N’ Roll Singer” starts with a simple electric guitar pattern and drum beat at a snail’s pace. He tell the story of his youth, always knowing what he wanted and no one understanding. When he sings the chorus “Gonna be a Rock and Roll singer, Gonna be a Rock and Roll Star,” you can feel it in his voice that he means it.

Despite the excellence of the Red House Painters music, the focus has always been on the vocals and Rock ‘N’ Roll Singer is no exception. Kozelek’s voice is smooth and always sung with passion. “You Ain’t Got A Hold On Me” finds Kozelek singing his falsetto vocals several times, making it sound like a duet with himself.

“Metropol 47” is a beautiful and longing song. Those of you who wish that there had been a follow up to Nick Drake’s Pink Moon should find some solace here. Roughly played on an acoustic guitar with plenty of string buzz and scratches. There’s no drums but a ‘knocking’ sound probably made by taping on the back of a guitar. “Flash your smiling face at me, Open your eyes wide at me, Lay down every day with me, Until there are no days.”

Kozelek takes a hard rockin’ song, “Bad Boy Boogie” and turns it into a sad, nostalgic look at life. The lyrics are amazingly poignant, for being an AC/DC song. It’s a perfect song for late night listening when your feeling down. A “verge of suicide” song with a glimmer of confidence at the end. “They said right and I said left, They said east and I said west, oh they said up and I said down, I’ll tell you a story, it ain’t no lie, I was born to love ’til the day I die, So you can line ’em up I’ll knock ’em down.” The music is a simple guitar strum repeated throughout the song. Very effective and moving.

The most moving song on the album has got to be “Ruth Marie.” I was at a Mark Kozelek solo appearance in October 1998 where he explained the song before he played it. Apparently, he’d gone with a former girlfriend for a last visit to her dying grandmother in a rest home. He was inspired to write a song from her perspective. It’s about her long and amazing life leading up to her very anticlimactic ending.

This entry was posted in new on str.