If you have been a reader of Strawberry Tongue for a while, you will know that I am a massive fan of multi-instrumentalist, composer and songwriter Jherek Bischoff. Known for his collaboration with 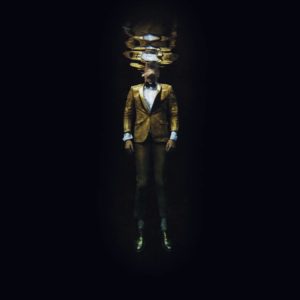 unconventional artists such as Parenthetical Girls, Xiu Xiu and Amanda Palmer, his personal style of composition is often classical in technique, despite being self-taught. A few years ago, I had the rare fortune to see him perform live on stage with the St. Paul Chamber Orchestra when he previewed some of his “Cistern” concept.

Performing in the bottom of an abandoned two million gallon underground water tank under Fort Worden in Port Townsend, Washington, he recorded an album of the sounds created in this remote space. Sheer vastness of the space naturally creates a 45 second reverberation decay on each note, creating a somber, mournful and delicate masterpiece. It’s a stunning, bleak and cinematic piece of work. 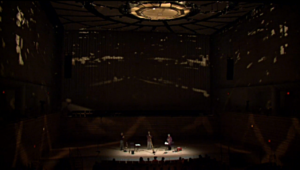 It reminded me of a piece that I had heard a number of years ago and what I discovered is that this was not the first time a composer has chosen to record in this very same cistern. Stuart Dempster, a trombone player, professor, and experimental musician, recorded a piece called “Underground Overlays From the Cistern Chapel,” in 1995. In Dempster’s piece, he developed an ensemble of nine other trombonists, two conch players and one playing Tibetan cymbals. Dempster himself played solo on conch shell, didgeridoo, and trombone. With group ensembles, he would face each player individually, and play notes for the players to imitate. He would then either give them head signals to tell the player to either ignore what he was doing or to play something different. His approach creates large, sweeping washes of sound that is incredibly bleak, majestic and impermeable. With each track he builds upon layers of sound creating a depth so sonically resounding that you feel like you are at the bottom of that cistern with the performers.

It’s interesting to compare and contrast the fascinating process of these two performers and I strongly urge anyone with an interest in experimental, classical or chamber composition to seek out these recordings and make them part of a meditative observation and unconstraint.

Look for tracks “Closer to Closure” from Jherek Bischoff and “Didjerilayover” from Stuart Dempster on the Strawberry Tongue playlist.

This entry was posted in video and tagged in cistern, jherek bischoff, stuart dempster, Underground Overlays From The Cistern Chapel.